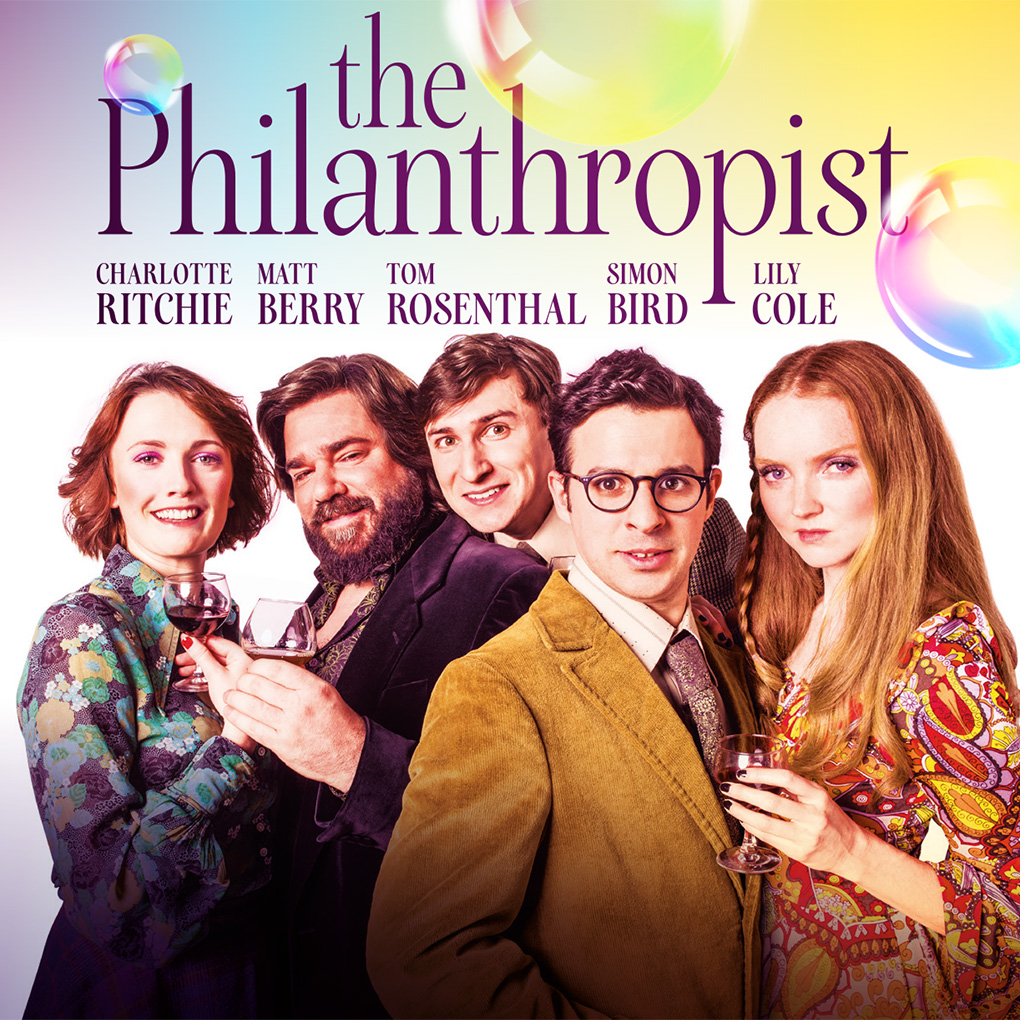 We were thrilled when we were approached by Howard Panter Productions to create imagery for their first show The Philanthropist showing at the Trafalgar Studios from 3 April. After reading the fantastically funny script, we couldn’t wait to get started! We knew early on that the imagery would be cast led, but we also wanted to create a title treatment with a personality of it’s own which could be used without imagery when required.

A jaw-dropping cast was confirmed, a shoot hastily (yet expertly!) organised and Shaun was able to get a fantastic performance from everyone resulting in some lovely images which everyone was thrilled with. 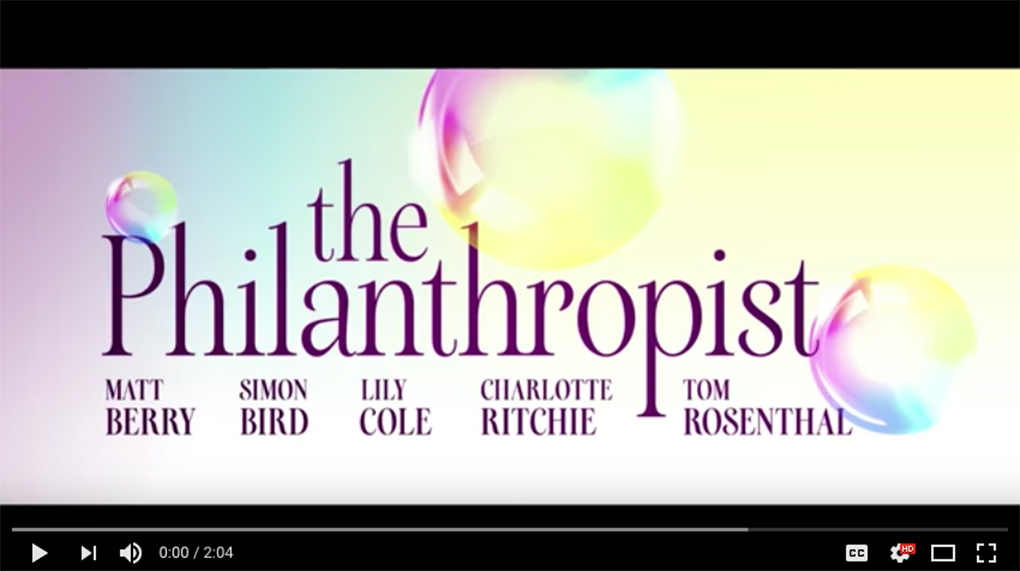 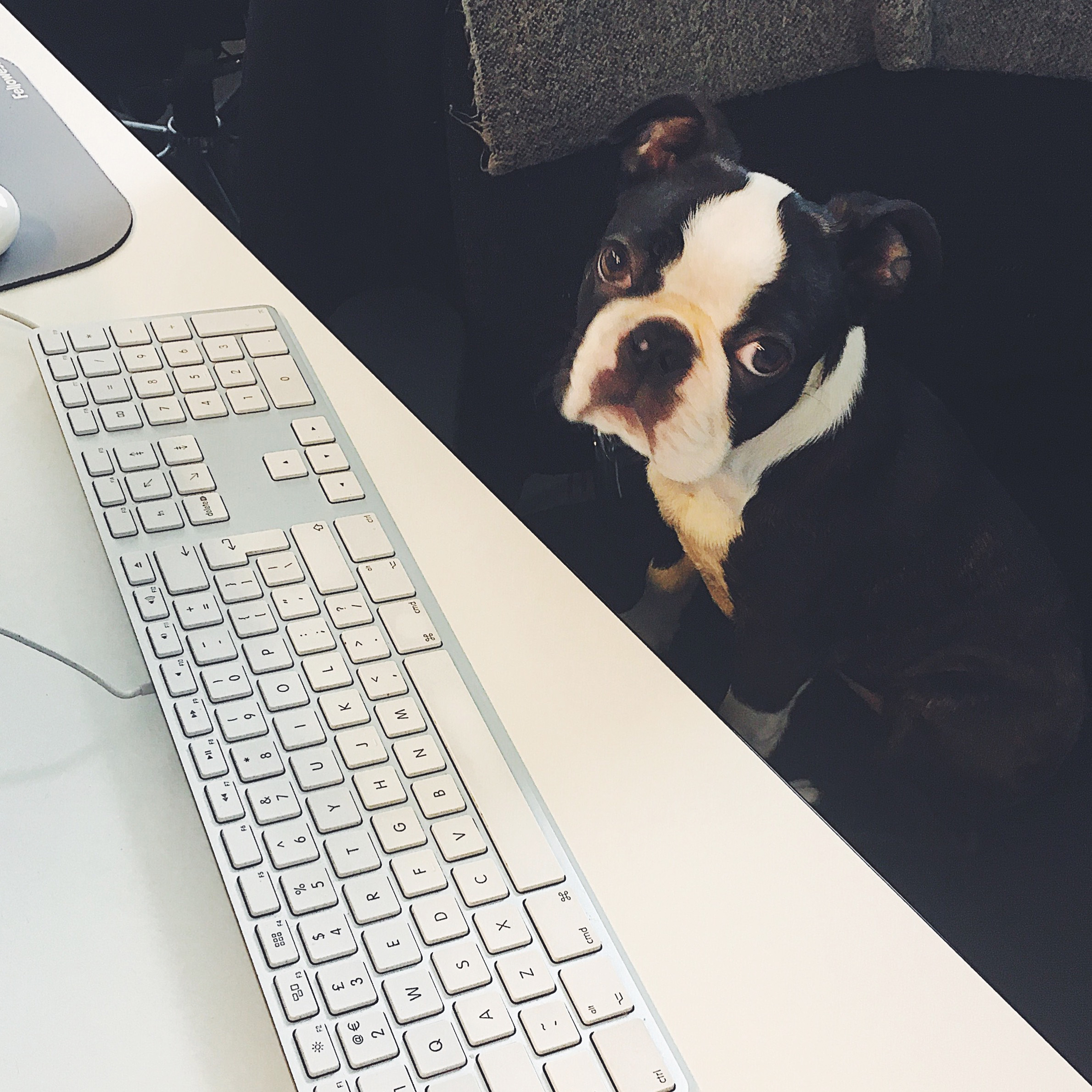 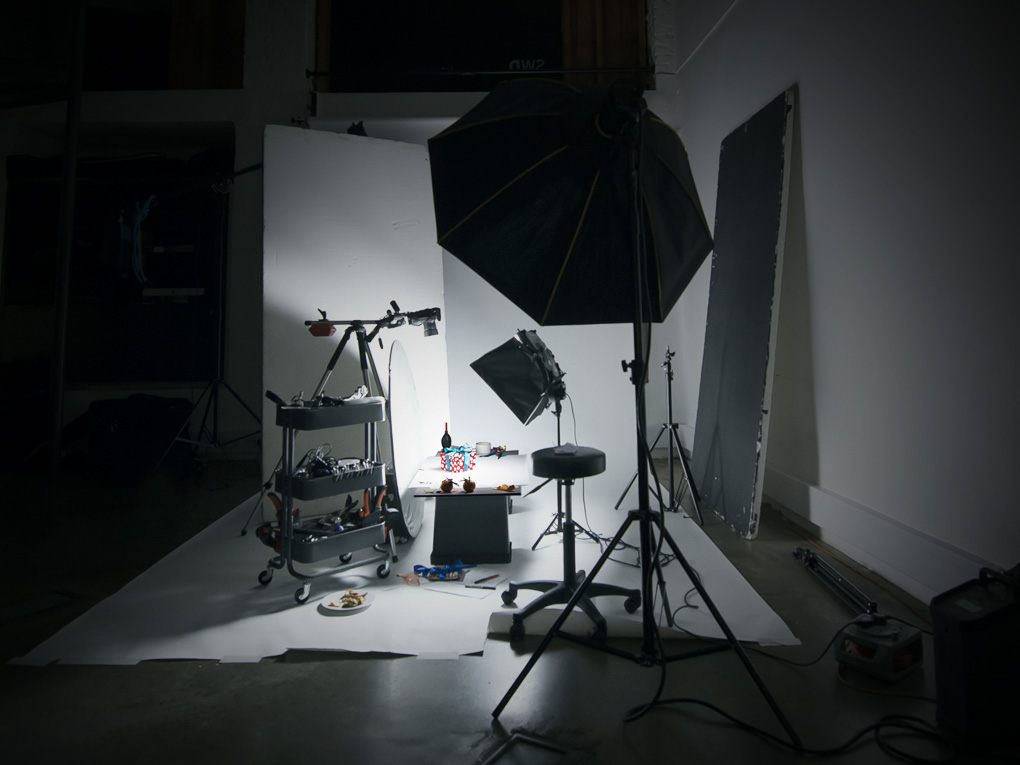 We have now moved studio and are comfortably settled into our new home in Clerkenwell which comes complete with it’s own separate photography space. We can’t wait to get snapping!

Hampstead Theatre have just launched their exciting new Autumn Season – 3 very different plays, all by fantastic writers. We were tasked with creating images for them all, and after reading the scripts we couldn’t wait to get started – it definitely makes for an enjoyable job when you have excellent source material!

The first, Labyrinth, is by award winning playwright Beth Steel. We worked on her first play, Wonderland, and thought it was brilliant – Labyrinth is her second and is just as clever, witty and thought-provoking.

1978, New York. John Anderson is barely out of college and has landed himself a job on Wall Street. His dreams of unimaginable wealth, travel and power are made a reality as he jets around the globe selling loans to developing countries eager to borrow. And there are plenty – Mexico, Brazil, Argentina…

We developed our ideas and pitched them to the writer and marketing team – and we quickly agreed on a concept. Something we felt communicated so much of the play and could be incredibly strong as an image –
Five smart bankers have their backs to us. One suddenly turns towards us revealing his face – a made up, macabre Day of the Dead mask.

Here are some behind the scenes photos to give you an idea of how we created our final image: 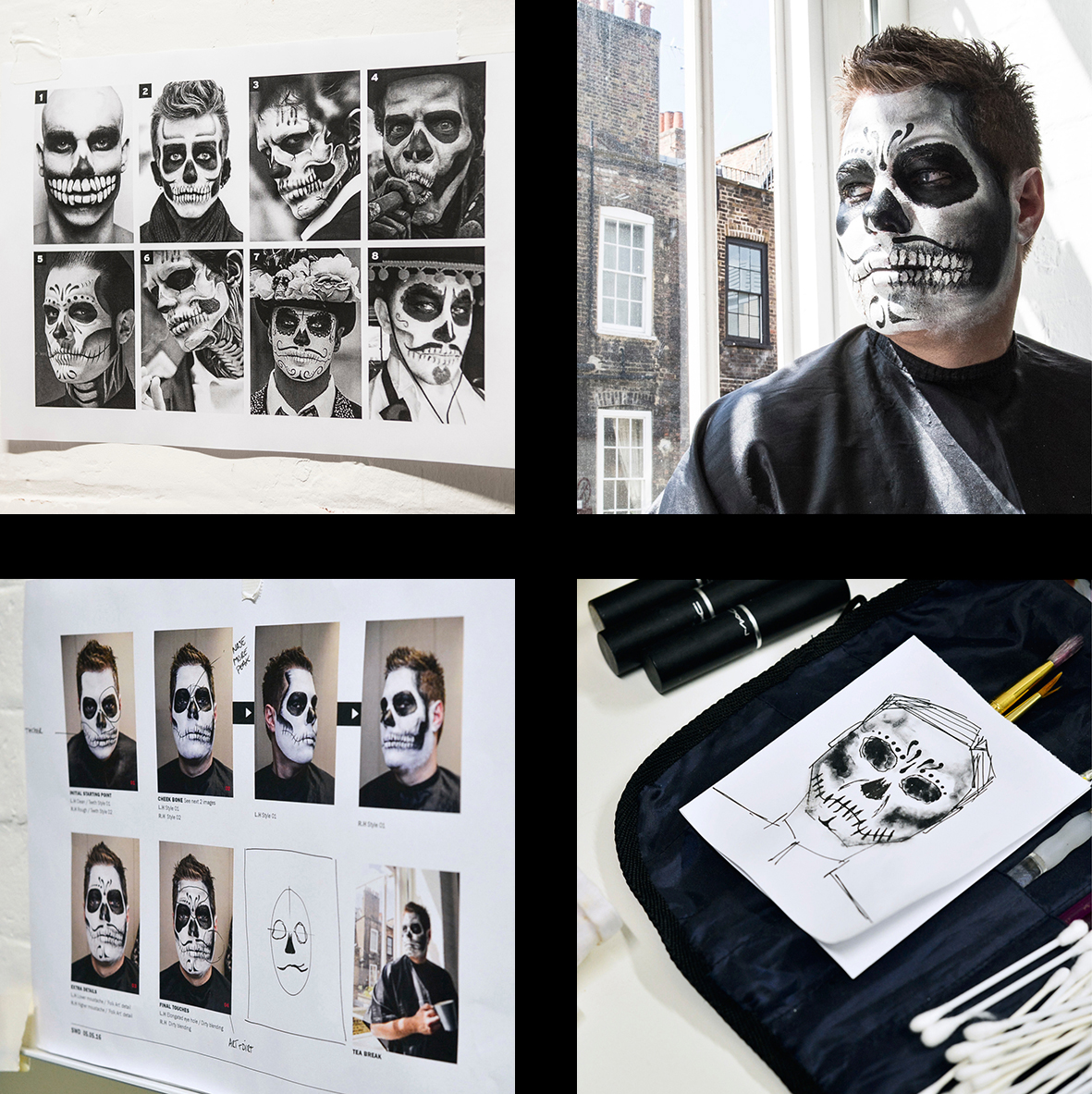 Firstly we created a mood board of the look we wanted and discussed with a great make up artist who we have worked with many times, Paola Recabarren. She came in and tested various options on our very own Ian.

Once we had the make up decided, it was time to get the models in and in costume… 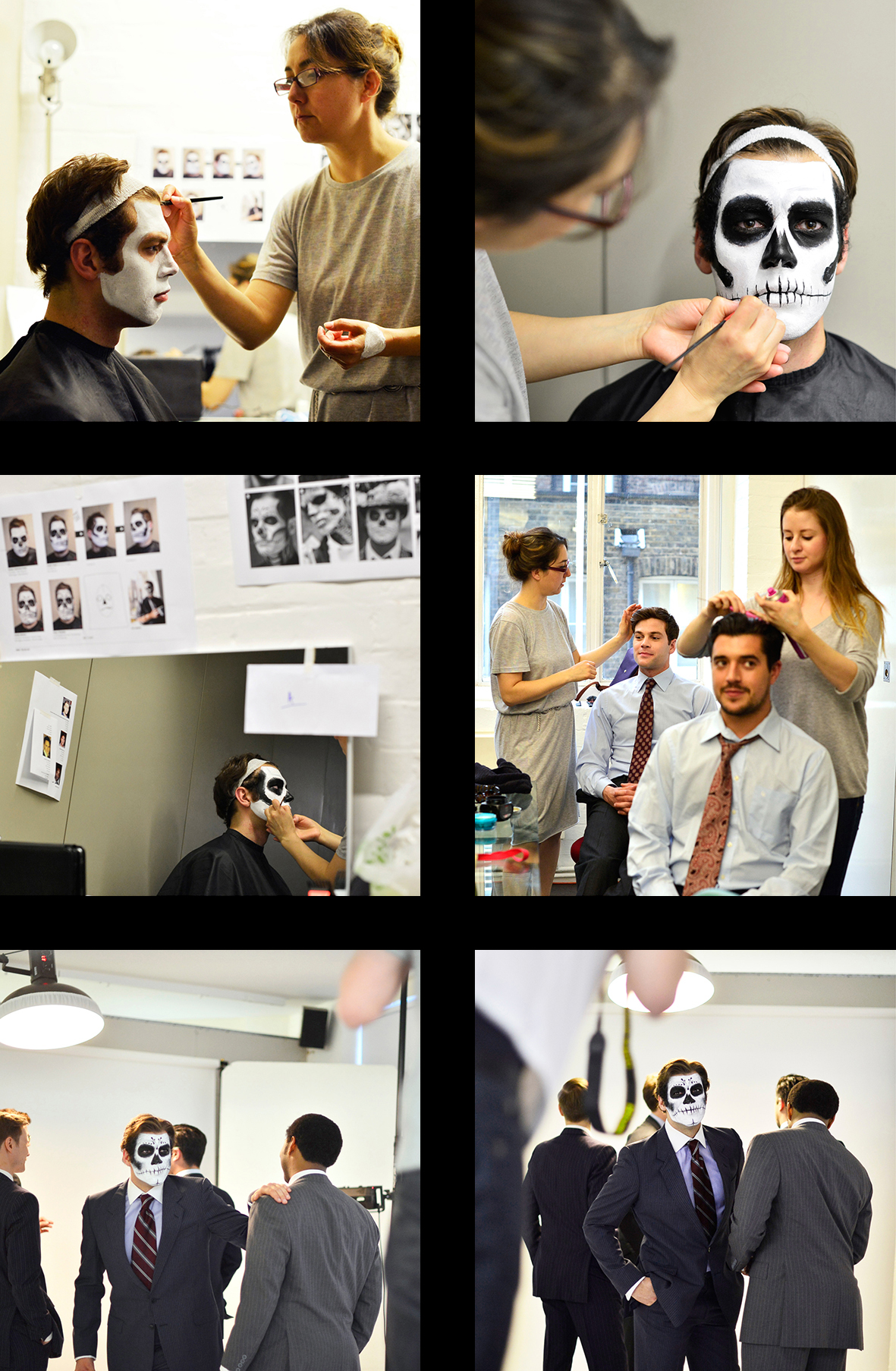 This was an image that relied so much on the performance from the models and, fuelled by pizza and a few beers, they were fantastic.

So good in fact, it was hard work choosing the strongest shot… 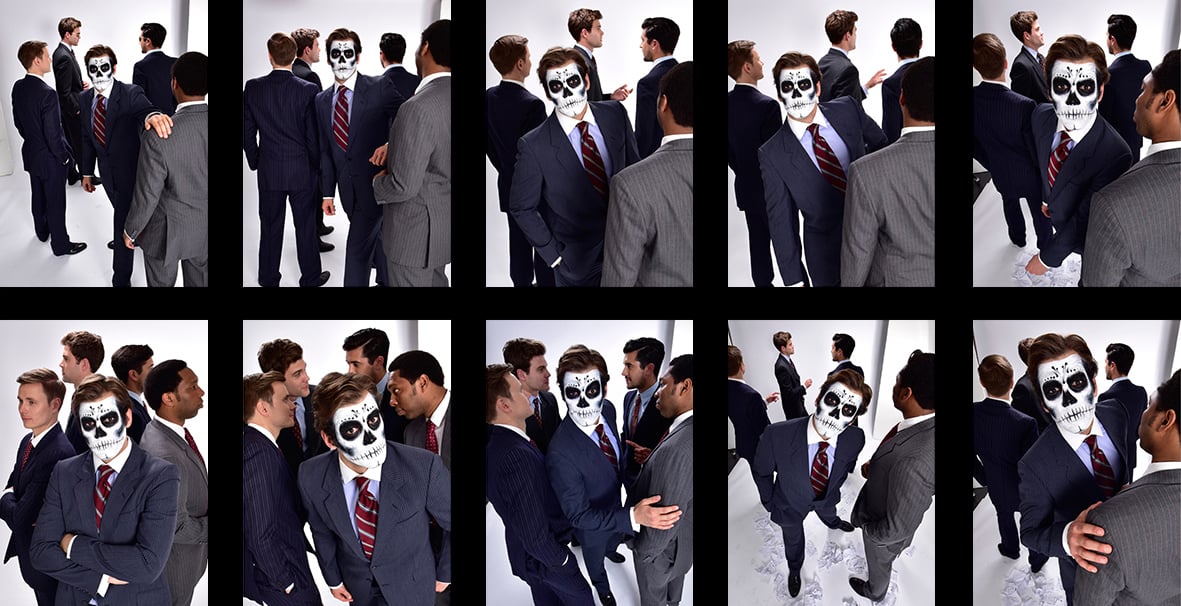 Eventually everyone agreed, and after some final artworking we had our image. We hope you like it! 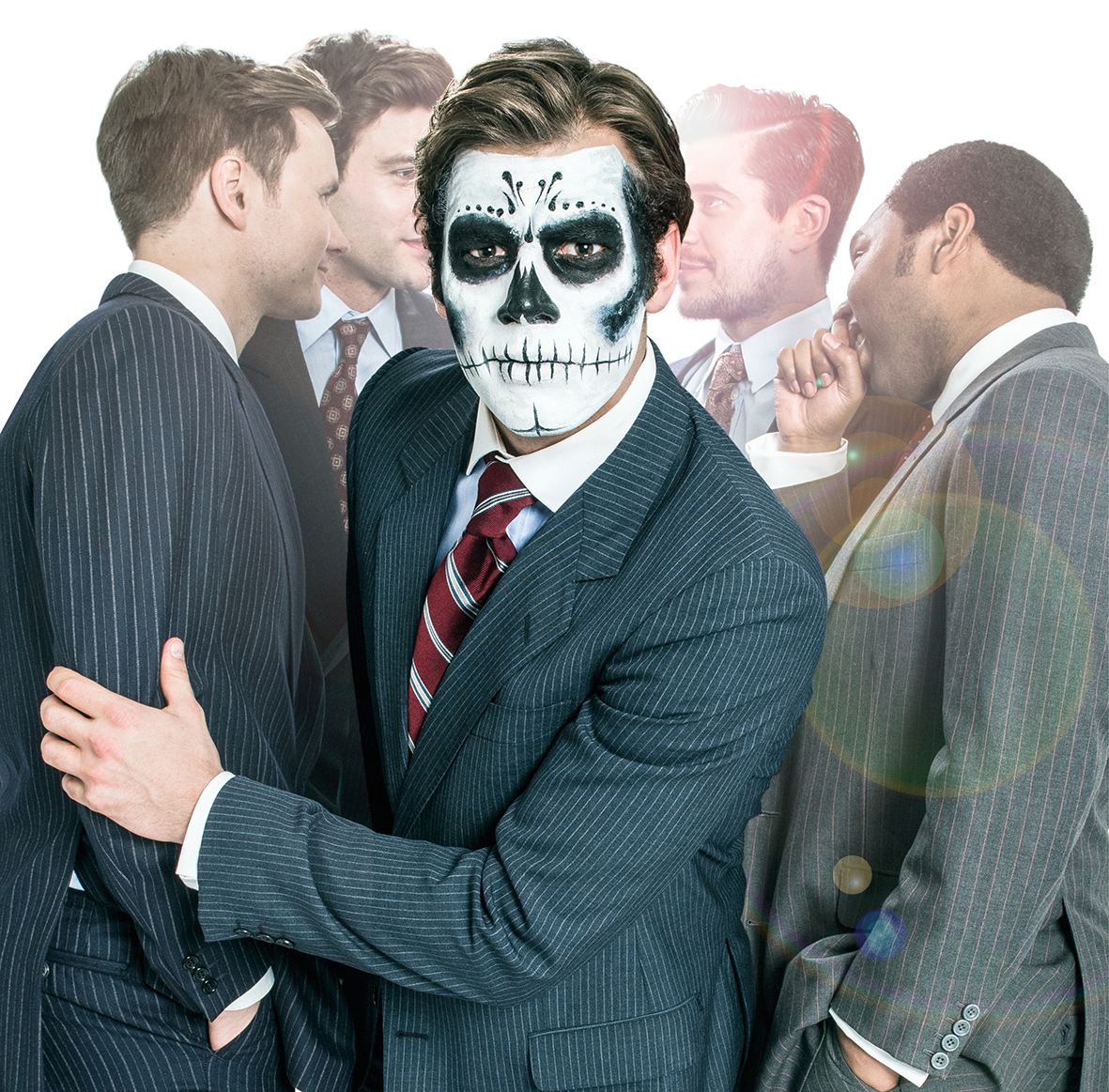 We are always up for a challenge at SWD!

Take our recent artwork for Rabbit Hole at Hampstead Theatre. Starring the lovely Claire Skinner (Outnumbered) and Tom Goodman-Hill (Mr Selfridge), the play focuses on a happy suburban couple whose world is turned upside down by a life-changing event.

We were given a very clear brief for this; to create an image of Claire and Tom, in which they appear to be looking directly down a rabbit hole. We decided the best way to create this would be to build our own! 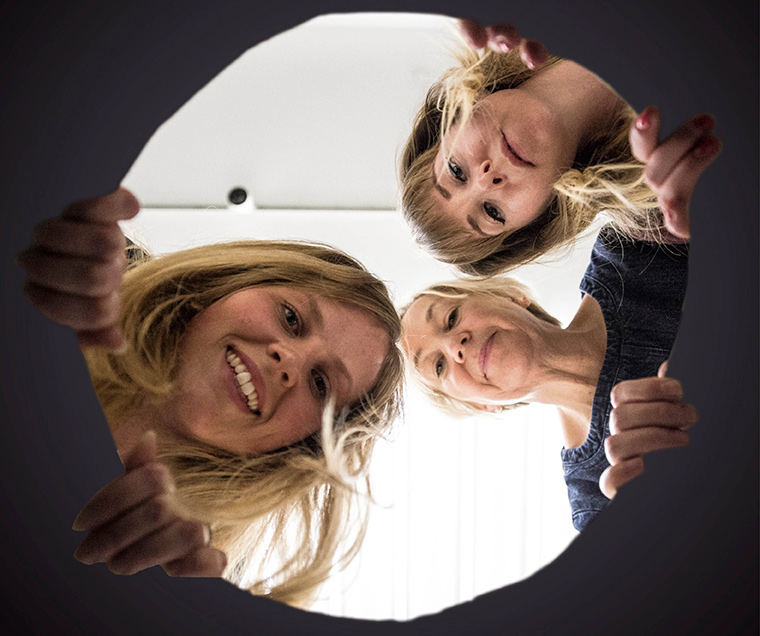 It took quite a bit of testing to make sure the hole was an appropriate size. Once we were happy Newman Displays provided a sheet of acrylic and the turf came from a local garden centre.

This needed to be carefully suspended to allow room for Shaun to get beneath the rabbit hole, with enough distance between himself and the actors. 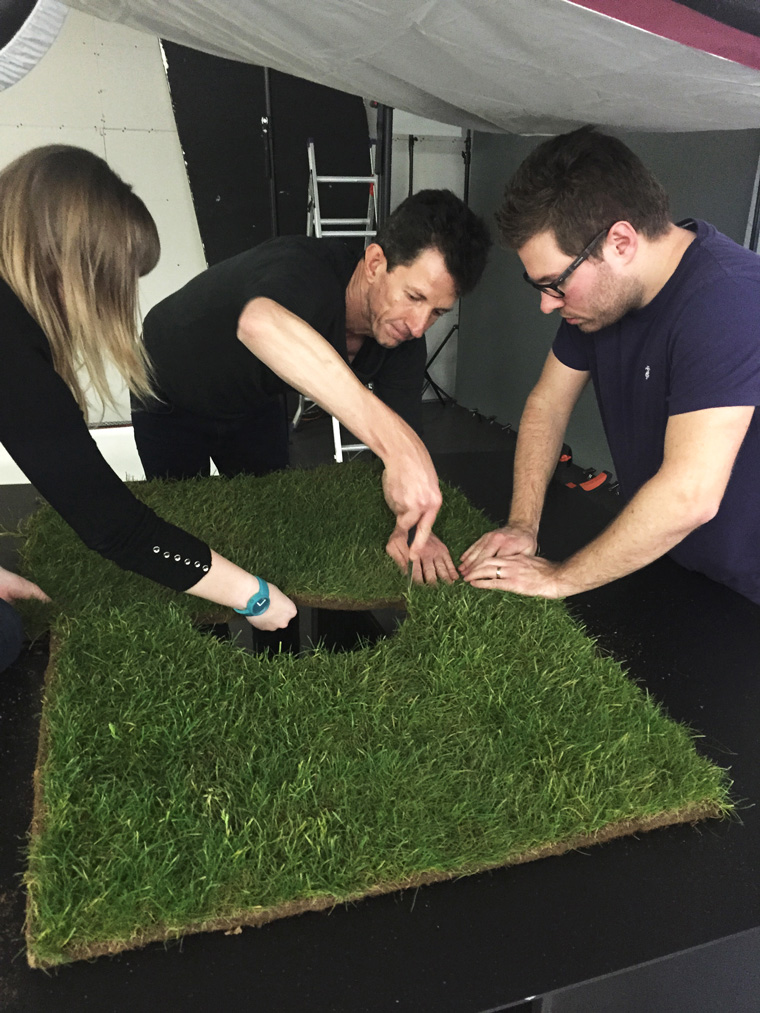 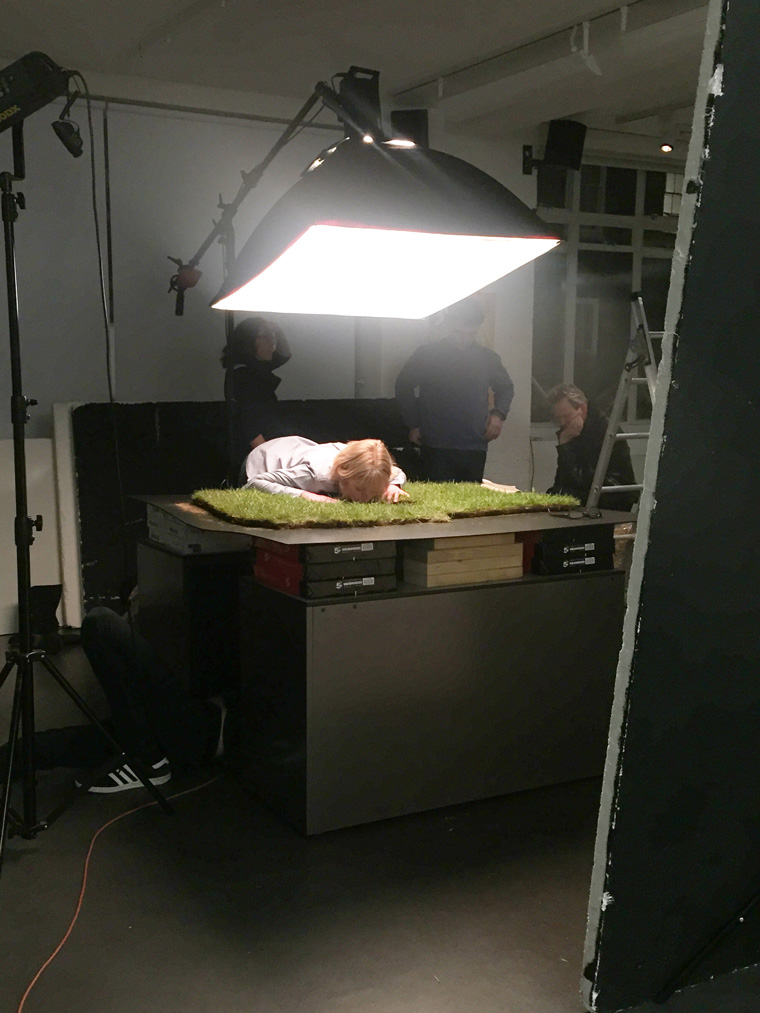 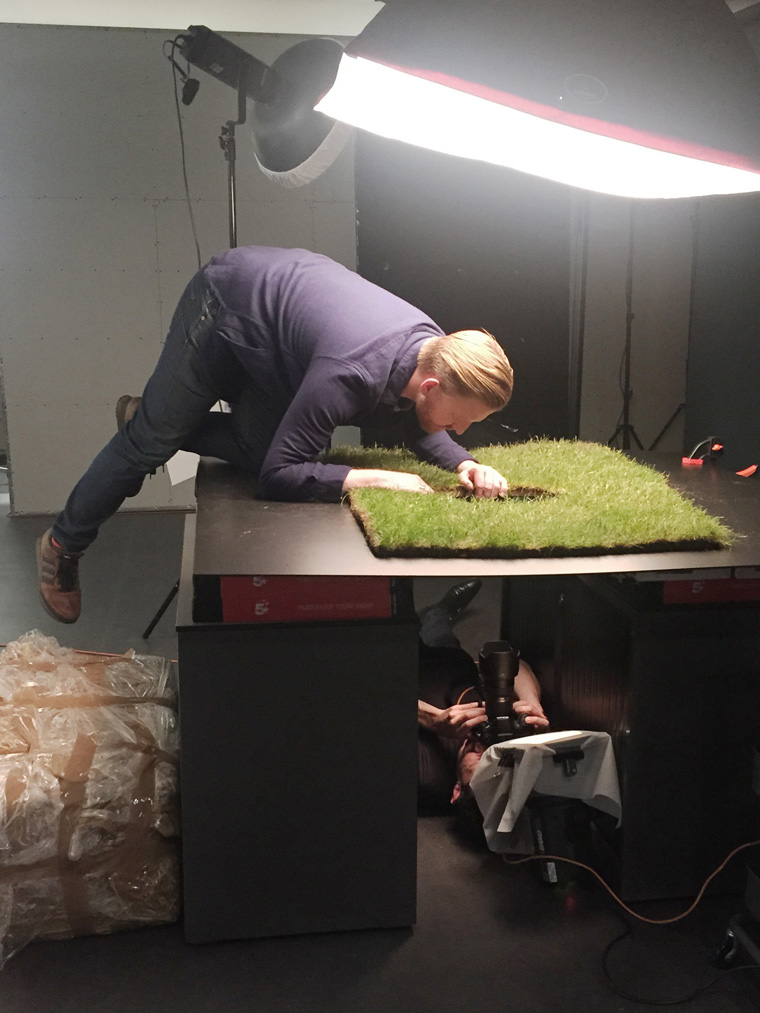 Below is one of our shortlisted images. Other details, such as the sky, soil and grass were added in later. Going through this process allowed us to look in detail at how the grass might overhang the edge of the rabbit hole. 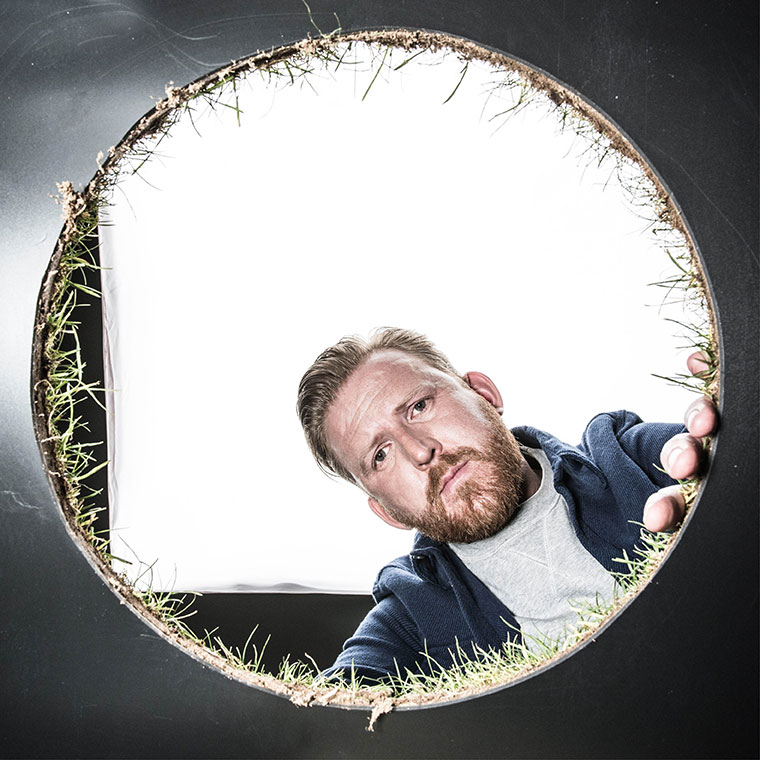 Here is the final poster artwork: 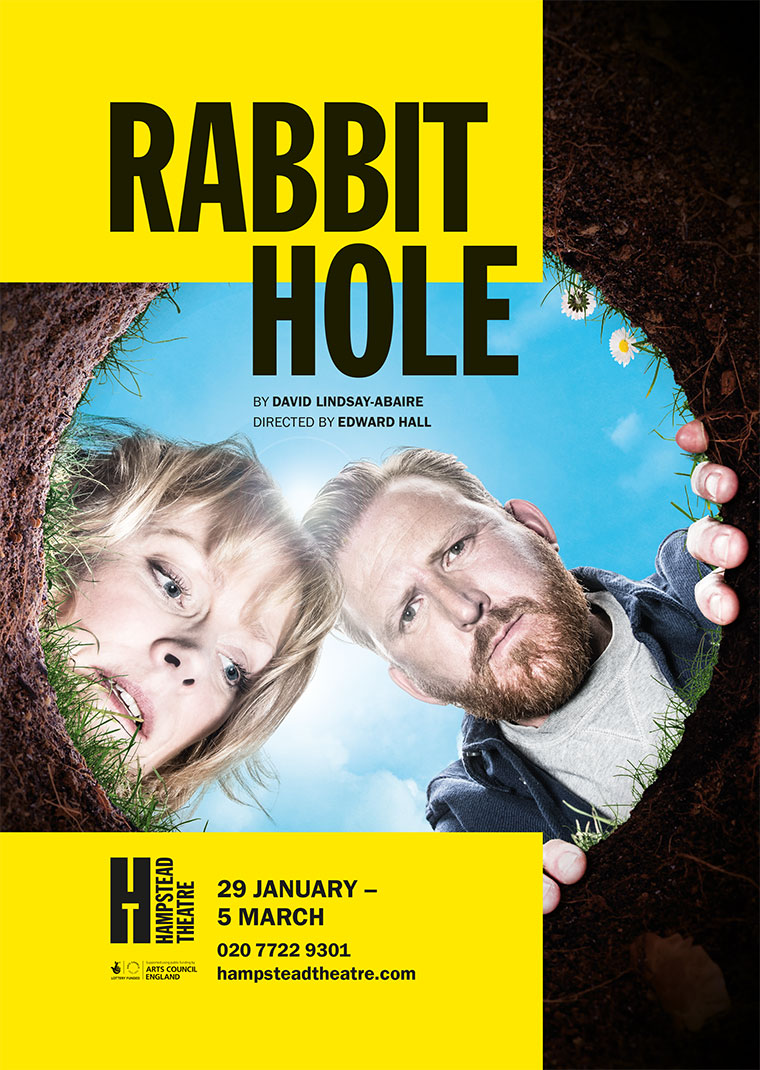 We hope you enjoy the final image as much as we enjoyed creating it!

A couple of years ago we had the pleasure of working with the very talented Kyle Bean on the artwork for Sweeney Todd at Chichester Festival. If you are not familiar with his work, we would urge you to check out his website, here. Working to our brief, Kyle created an amazing paper model of Fleet Street and our very own Ian stepped in as the (cut throat razor wielding) silhouette of Sweeney Todd. (As one of two men in the SWD studio, Ian has made an appearance in quite a few photoshoots but sadly draws the line at dressing up as Frank’n’Furter for our work on the Rocky Horror Show).

We also enlisted photographer and friend Chris Ridley to help out. It was great fun experimenting with shadow-play. We love having the opportunity to collaborate with illustrators and other creatives.

Here are a few behind the scenes shots from the day: 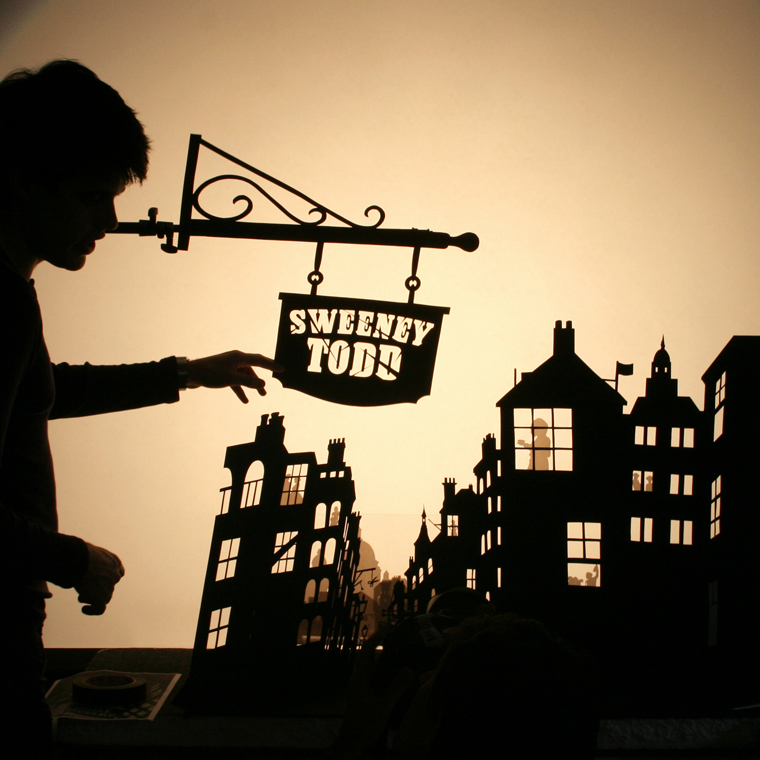 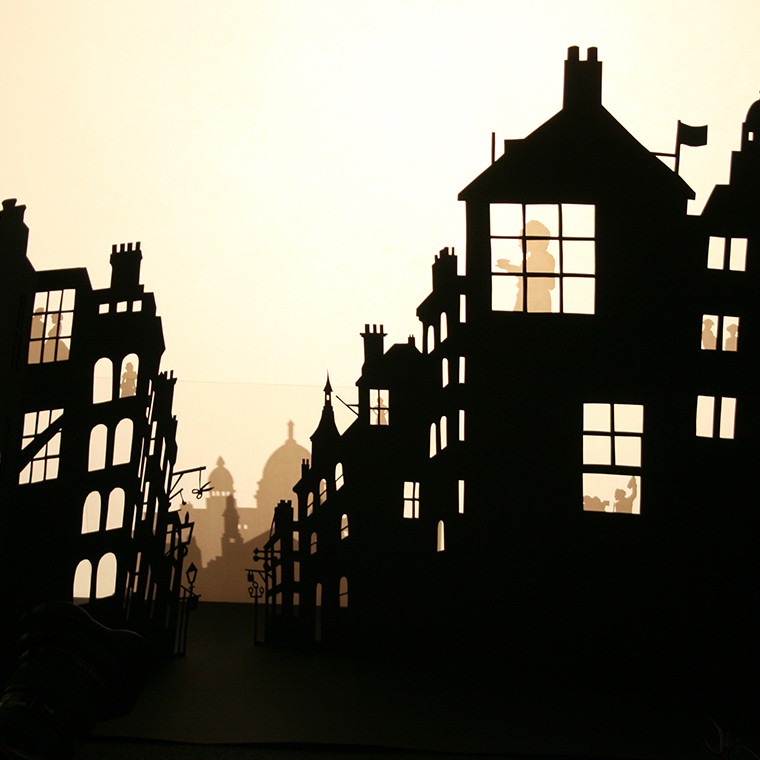 We love the detail of all of the people in the windows and St Pauls in the background. 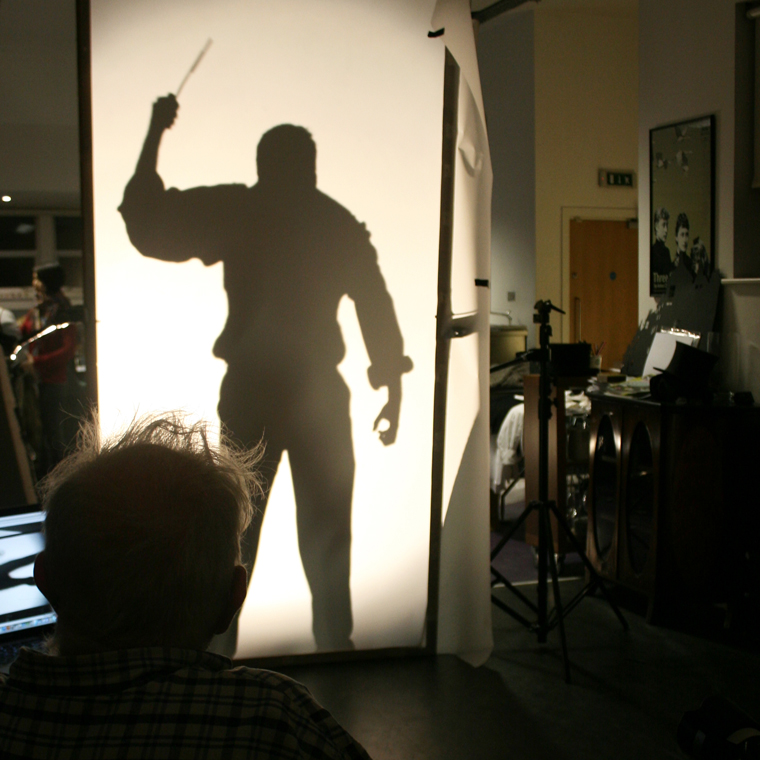 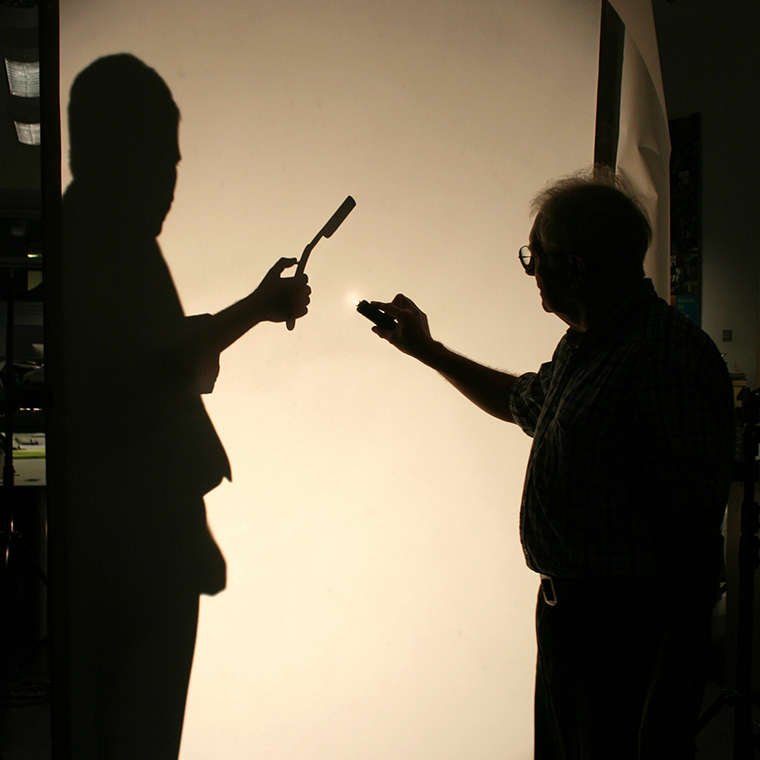 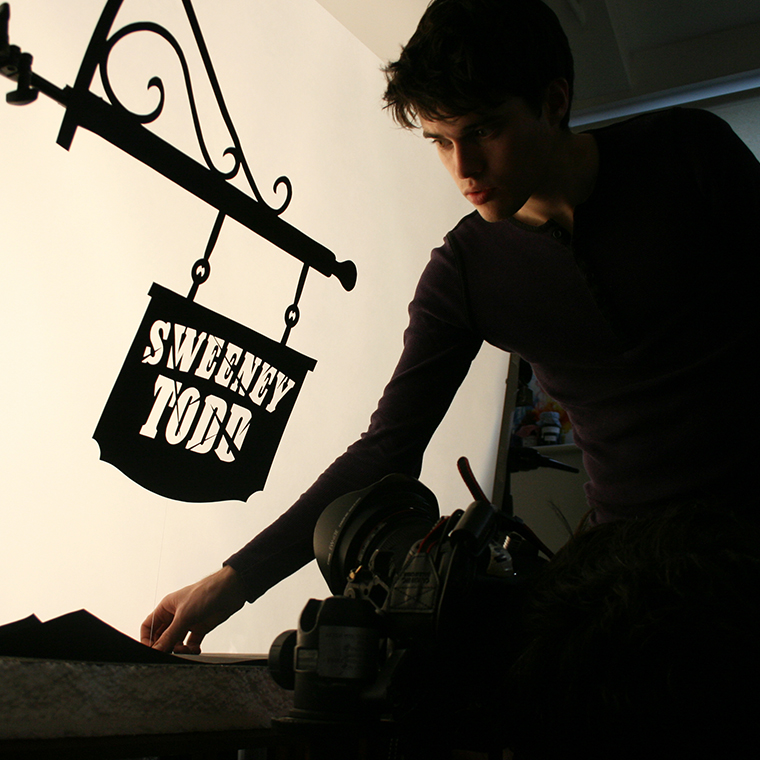 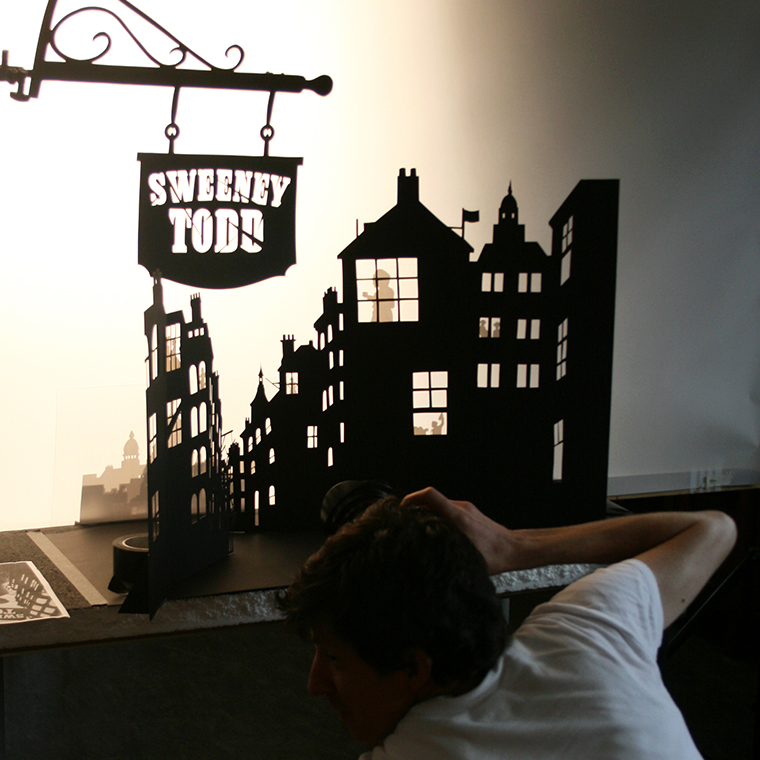 Here’s the poster we designed during the season! One of many bits of print for the show. 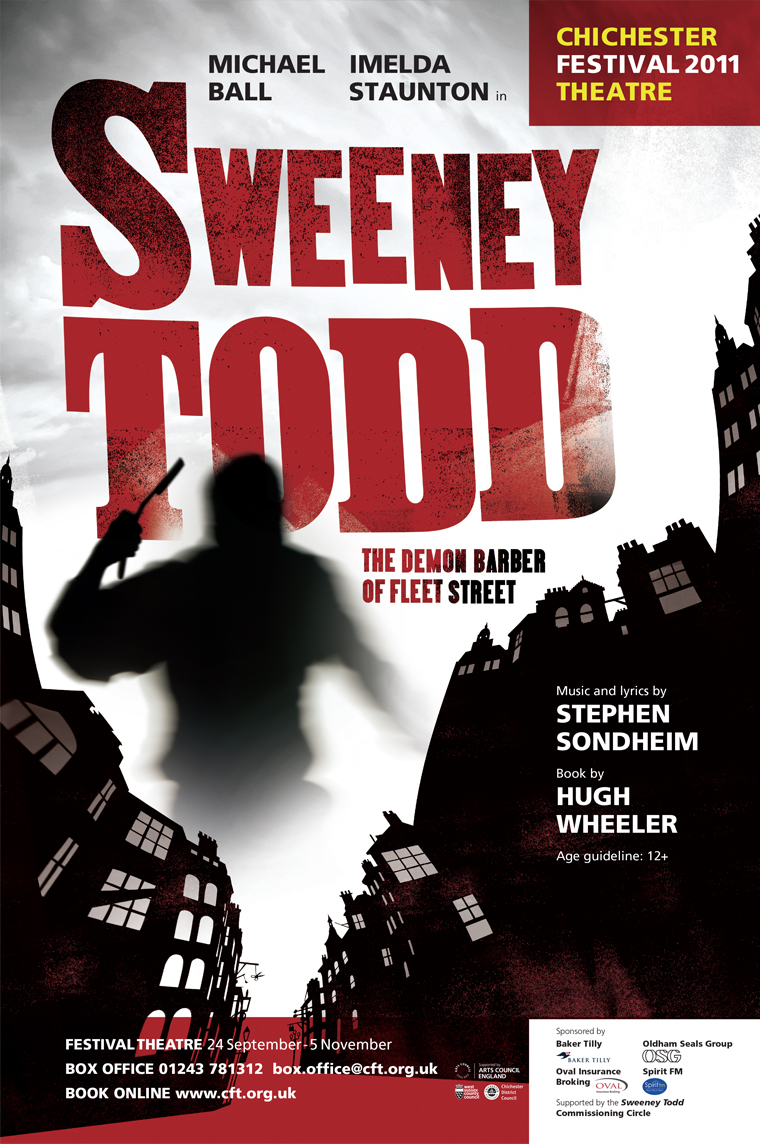 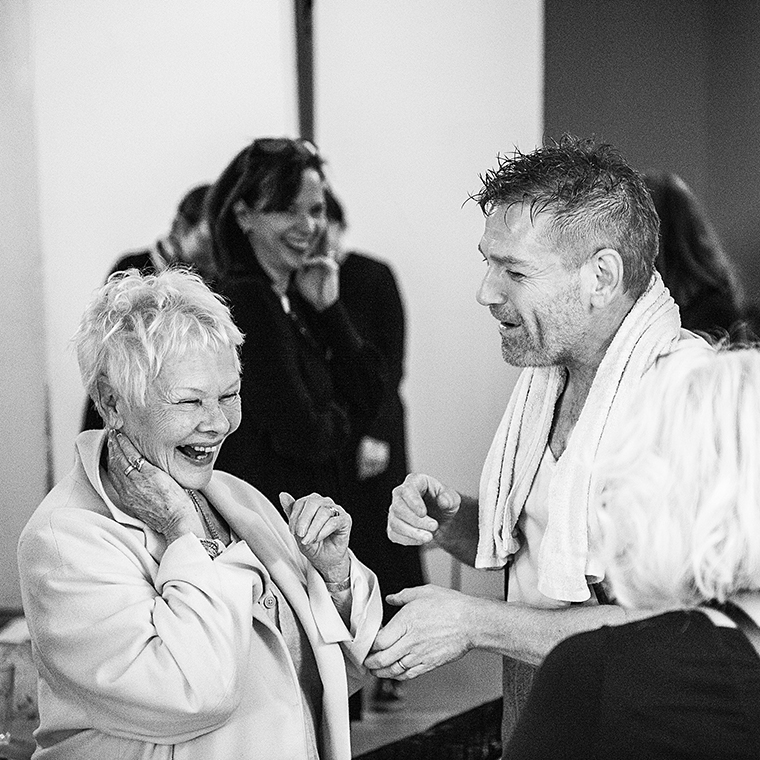 These are exciting times, for West End theatre and for us at SWD.

With the announcement that the newly-formed Kenneth Branagh Theatre Company will take over the Garrick Theatre from October for an unmissable year of exceptional productions. We are thrilled to be working with Ken and the producers, Fiery Angel, on every aspect of this campaign – from creating the company’s identity and website, to art directing photo-shoots and designing their print and digital marketing.

Ken will be joined by a company of remarkable actors, led by Rob Brydon, Judi Dench, Lily James and Richard Madden, who will feature in a season of Plays at the Garrick that will include titles such as A Winter’s Tale, The Entertainer and Romeo & Juliet.

SWD’s relationship with Ken goes back to his Renaissance Theatre Company in the late 1980s when our very own Shaun Webb was a fresh-faced graduate of the Chelsea School of Art. After two years cutting his graphic design teeth at the Theatre Royal Plymouth, he worked with the Renaissance from the back room of a Camberwell flat, (the bathroom doubled as a dark room).

We’ve delved into our archive and found evidence from those early days: 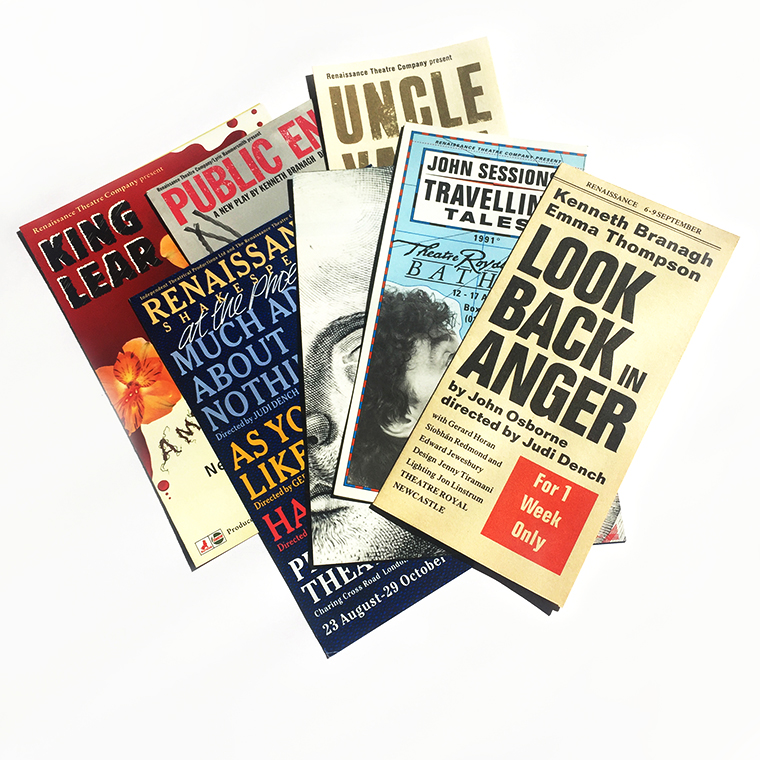 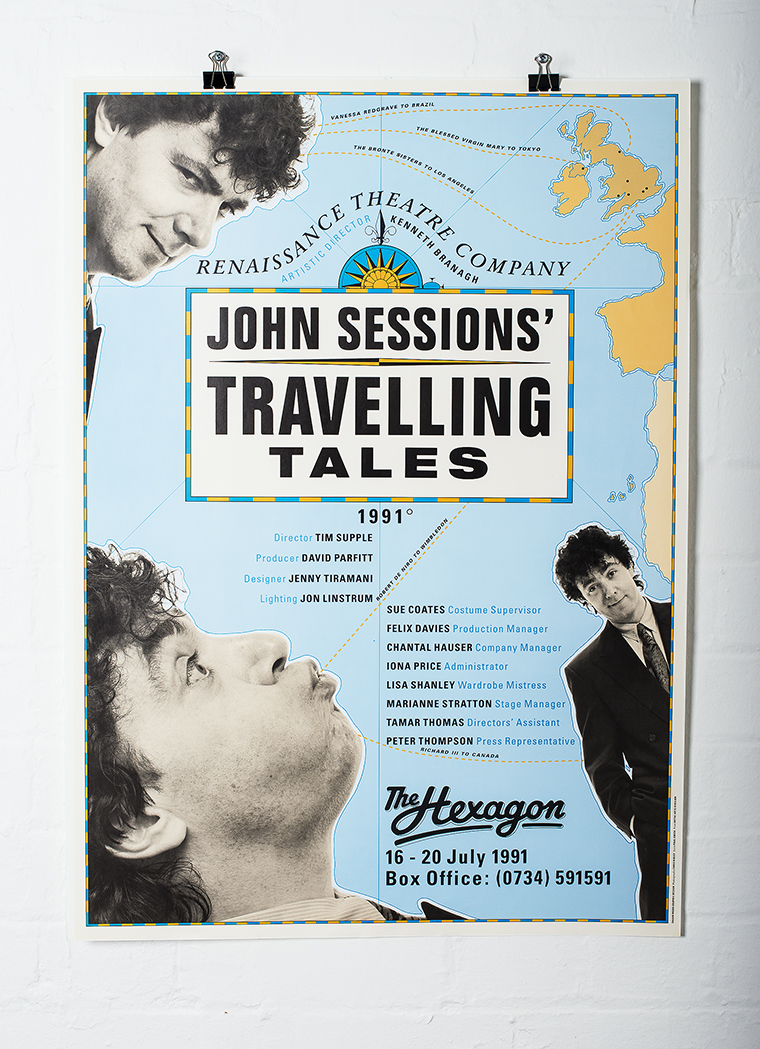 SWD also has a long-established relationship with Fiery Angel having worked with Edward and Marilyn on a number of their recent productions including The Ladykillers and the award-winning 39 Steps.

Keep an eye out for more updates as this project unfolds!

A Sense of Place

Juliet Cassidy is a historian, genealogist, historical researcher and private investigator who approached us to create an identity for her business; including a logo, business cards and leaflets (below). 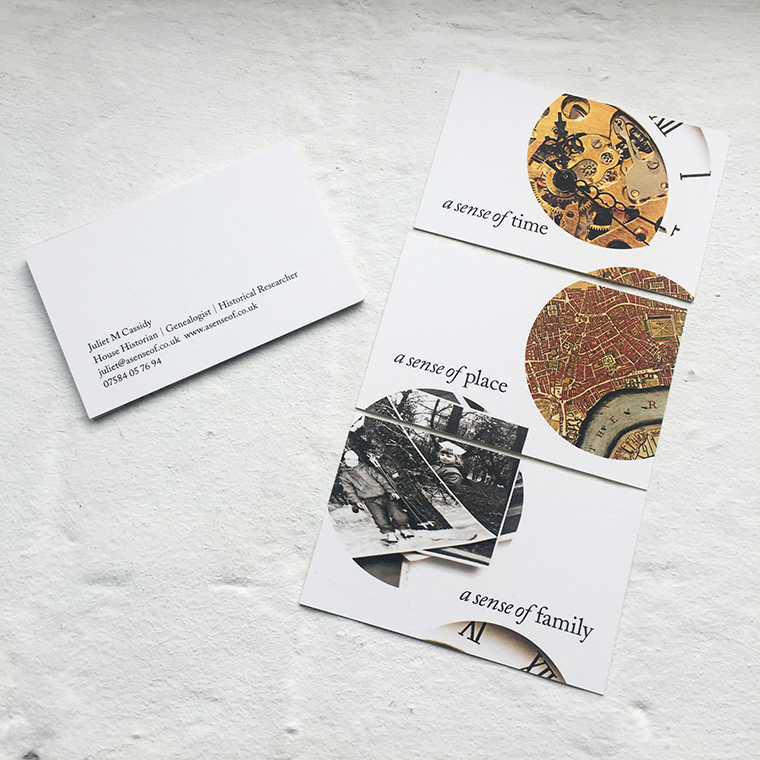 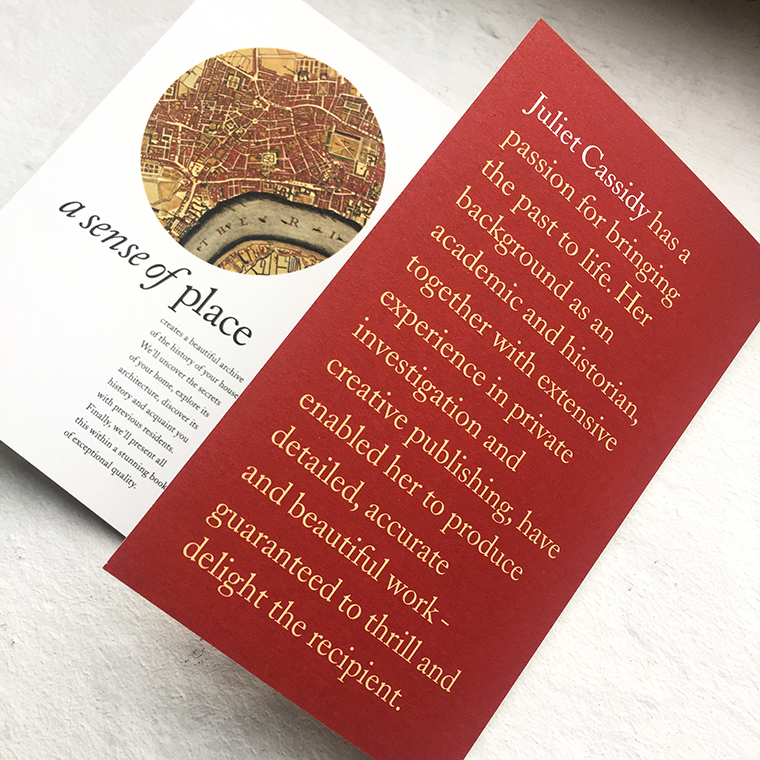 With over 15 years worth of experience in historical research, Juliet delves into the history of your family or home and presents her findings in a beautiful book, which we have also designed and hope to reveal soon. Watch this space!

The Boy in the Striped Pyjamas

We were very proud to create the artwork for The Boy in the Striped Pyjamas, which recently premiered at Chichester Festival Theatre and will be on tour until June 2015 nationwide. The play has been adapted by director Angus Jackson from the book by John Boyne, and is produced by Fiery Angel and Children’s Touring Partnership, who we have previously worked with on projects such as Goodnight Mister Tom. 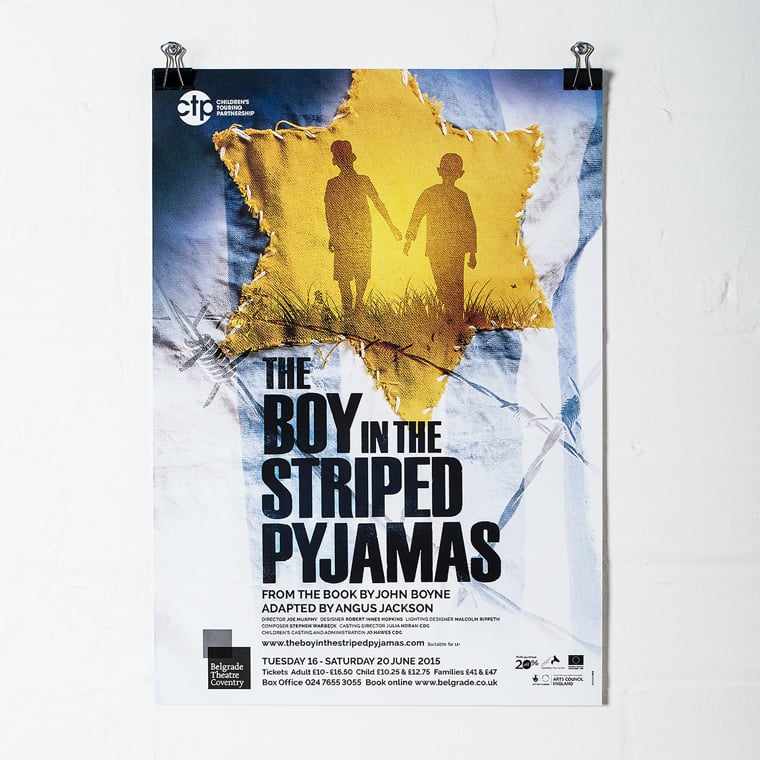 It was extremely important for us to strike a balance between portraying the friendship of the two boys, which is so key to the story, whilst also hinting at the darkness which envelopes their lives.

We recently took some promotional images of two of the boys playing the parts of Shmuel (Colby Mulgrew) and Bruno (Finlay Wright-Stephens). They were an absolute pleasure to work with and we wish them all the best on tour! 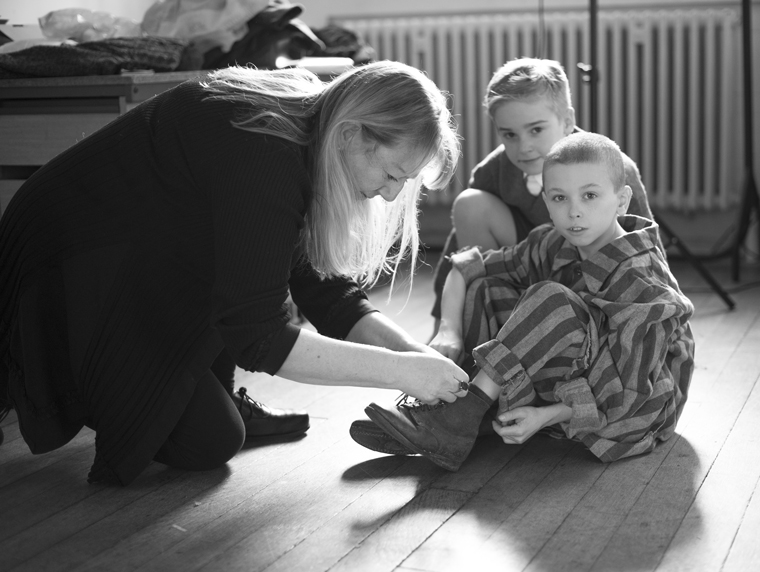 It’s always fun looking back through the SWD archives, especially when we have been involved in a project for as long as The Rocky Horror Show. Here are just a handful of posters from 1991-2013 to give you a taste of how the show has evolved in the last 24 years or so…